After yesterday’s post it seemed appropriate to make the trip north to Vergina – ancient Aigai. Here the great mound of the Royal Tombs of the Kingdom of Macedon has been dug out and turned into a marvellous museum. One literally walks into the mound, to find a concrete domed roof over a range of cases and cabinets where the gold, bronze and other exquisite grave goods are laid out.

The gold oak-leaf and acorn crowns are particularly beautiful and impressive. I took my hat off as I walked down the concrete ramp into the tomb. It seemed the right thing to do. Past many of the various cabinets, one suddenly comes to an opening at the top of a ramp and flight of stairs down deep into the ground, at the foot of which stands the Tomb gates of King Phillip II. It is awe inspiring. I’ve not experienced anything like it outside the Valley of the Kings.  Even Sipan, in Peru, where the museum was similarly built over the excavated tomb of a Moche king, and the gold and treasures, in truth, far more sumptious even than Phillip’s, did not have the sheer atmosphere and ‘wow’ factor of this Royal Tomb – at least for me.  After catching my breath, stepping slowly down the steps – they keep the place quite dark, no doubt for the sake of the fading paintwork as much as for atmosphere – I stood at last at the foot of the stairs and paid my respects to the great King, father of the only greek to become Great King of the Persian Empire: Alexander the Great.  It was quite humbling.  Turning, at last, to retreat back into the 21st century, the museum, and the bustling of other tourists, I felt quite blessed to have visited this amazing place.  Next to his grandfather’s tomb is that of (probably) Alexander IV, the son born to Roxanne, Alexander the Great’s Bactrian wife, a few months following the death of the great Conqueror.

Having read the novels of Mary Renault – praised for their historical accuracy as much as for the richness of their evocation of the era – on a number of occasions, I felt the power of this place quite keenly, and, following yesterday’s post, and prior to tomorrow’s Phallophoria in Tyrnavos, I was reminded that Phillip II, the King who united all Greece under the Macedonian throne, as well as several wives, enjoyed a string of lovers both female and male. His assassin was, in Mary Renault’s story at least, a former male lover.  Alexander, also married and a father, (albeit posthumously), was renowned for his love of Hephaistion. They met as boys and remained lovers until Hephaistion’s death shortly before Alexander’s own. Also for his taking of Bagoas, the young male concubine of the conquered Persian Great King, Darius, to his own court, and his fondness for him.

From Aigai I returned southward, once more, but only half-way back to Larissa, to stop and take in the sights of another ancient Macedonian wonder, the Archaeological Museum and Archaeological Park of Dion.  Having been to Athens on a number of occasions, it must be said that Dion is not spectacularly impressive: little exists above waist height, and the statuary is pretty battered, as a whole.  Nonetheless it was well worth the visit, to discover the Villa of Dionysus, within the city, and the Sanctuary of Isis, on its outskirts.  Dion was the location of the first ever Olympic Games (according to the Museum guide who welcomed me fulsomely – me being from Manchester!), and the gathering of athletes from across Greece required a number of different sanctuaries, outside the walls of the city, where encampments of visitors could make their observances.  The Sanctuary of Demeter, and the all important Sanctuary of Zeus, (from which Alexander launched his campaign to conquer Asia), therefore, were accompanied also by a Sanctuary of Isis, too.  But the city itself – beyond the clear precedent given to Zeus – seemed more devoted to Dionysus, and this is clear from the mosaics and the statuary.

The full set of photos from Dion are on Flickr – click on the photo below to go there. 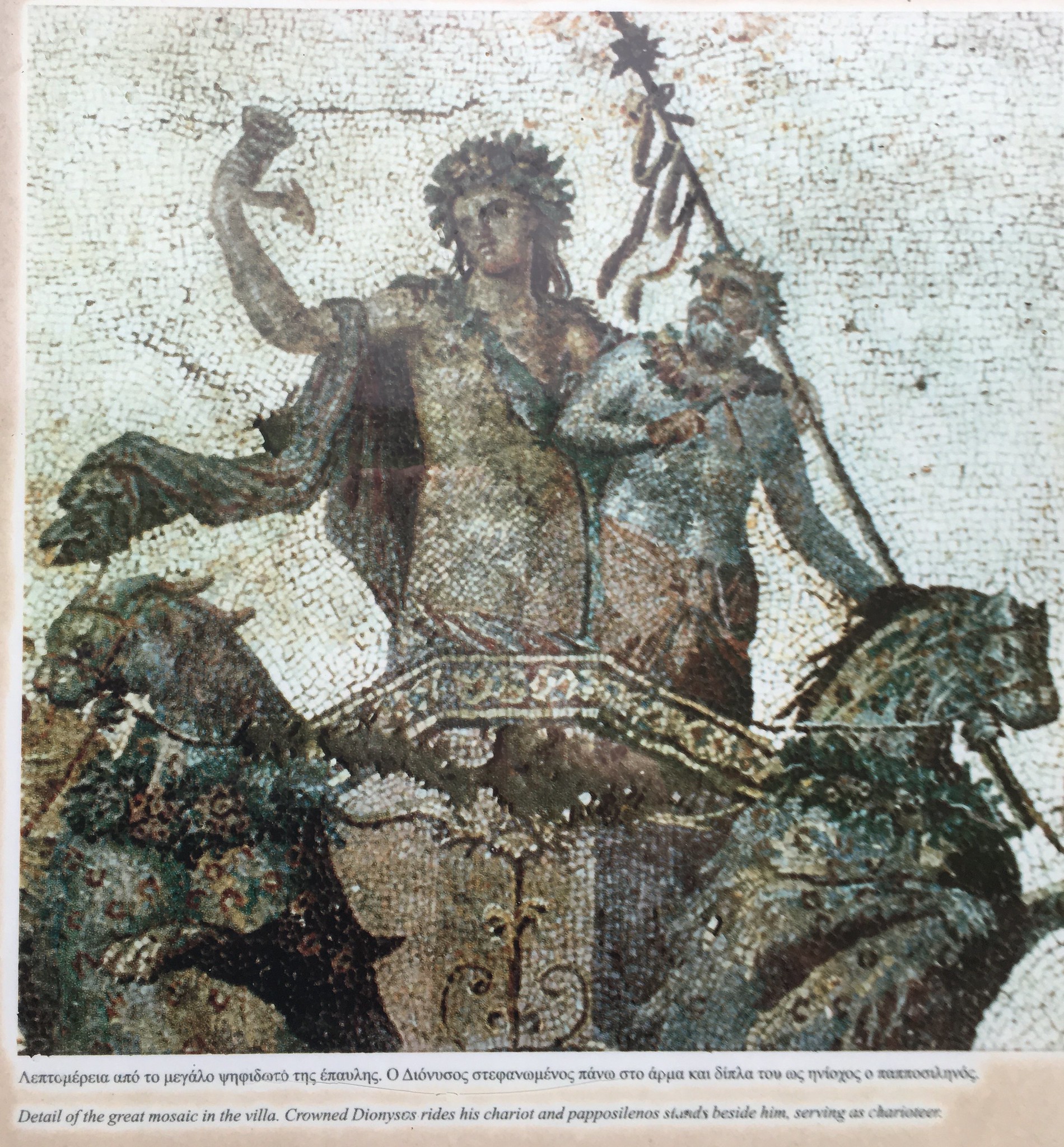 2 thoughts on “Vergina and Dion”